What is a Temazcal? 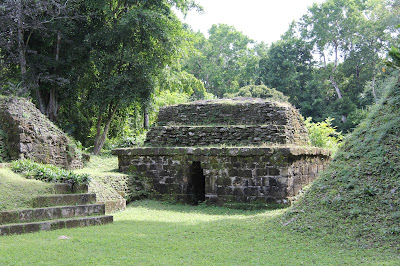 Saunas, steam baths, sweat lodges, and sweat houses have been around for thousands of years. Modern versions of these ancient structures varies with their place of origin, with native Mexicans referring to a traditional sauna as a "temazcal," native cultures north of Mexico cultures calling it an "inipi" or "kiva," Europeans calling it a "savusauna" or "sudatory," the Chinese calling it "桑拿浴," and the Russians naming it "banya" or "banja."

Many PreColombian Mesoamericans celebrated at least a portion of their spiritual belief system in the steam bath, or "temazcal" (sometimes anglicized to read, "temascal"). The word comes from Nahuatl, a language family of the ancient Mesoamericans. They called it, "temāzcalli," which translates loosely to the "house of heat." Some sources, like Aaland (1997) attribute its origin to the Aztec words, "teme," meaning, "to bathe," and "calli," meaning, "house."

"The pre-Hispanic baths used in central Mexico played an important role in the development of good hygienic and spiritual practices. Participants worshiped the Goddess Tonantzin, who is our mother and concerns herself with good health. She allows us to return to her belly on earth, where we may purify ourselves and become born again, achieving an optimum state, both spiritually and physically."


Pre-Colombian Mesoamericans also practiced temazcal ceremonies as part of curative, healing processes, for purification after physical activity or trauma, overall health, and childbirth. Temazcaleros, or those who participate in temazcal ceremonies, today also make claim to the temazcal as an effective medium for maintaining spiritual and esthetic health, as well as physical, emotional, and psychological healing processes.

According to the authors, "The Spaniards, arriving [in the New World] prohibited these practices, due to the worship of Tonanzin." The Spanish conquistadores (those who conquer) destroyed and prohibited much of the native culture.

The Resurgence of the Temazcal

Dr. Horacio Rojas-Alba (1997), of the Mexican Tlahuilli Institute of Traditional Medicines (Instituto Mexicano de Medicinas Tradicionales Tlahuilli), discussed how Mexicans, recently, looking back to their ancestral ceremony, have effected a resurgence of the temazcal in their country:

"Some ten years or so ago, a renewed interest in the ancient sweat bath, still called by the name given to by the Aztecs, the Temazcal, sprang up in Mexico, ... return[ing], to the healing practices preserved in their traditional medicine. These sweat baths, still a living tradition in many parts of the country, are usually small round stone or mud structures looking rather like old fashioned bee-hives. Many more began to be constructed everywhere, and more and more often, people who are ailing will turn to them for relief ..."


Since Dr. Rojas-Alba's writing, temazcal ceremonies have popped up throughout the country and other parts of Latin America. Commercial, spa-type temazcales have become popular tourist attractions.

Temazcaleros build temazcales in many shapes and sizes, but most make dome-shaped structures, like that of the Lakota (Sioux) inipi, or sweat lodge, illustrated below. In the Mexican city of Durango, temazcal guide, Oso Mario, commented, modern ceremonial temazcal design came largely from Lakota culture, brought to the region by persons who learned the practice from Lakotas.


What Happens Inside a Temazcal?

Just as structures vary, so do temazcal ceremonies. They differ from region to region and clan to clan, but most include some common elements.

Each opening of the puerta  (literally, "gateway," "door," or "doorway") begins by introducing "medicina" (medicine), "water," and "abuelitas" into the lodge. Abuelitas, refers to, "grandmothers," or "ancient ones," coming from the Madre Tierra (Mother Earth). Entering the dark interior of the temazcal, they glow red, from hours of heating on the sacred fire, and they hiss and crackle, filling the tiny, dark space with the "voces de las abuelitas" (the voices of the ancient ones).

Medicine introduced into the ceremonial space varies, likewise, depending upon the particular traditions of the circle and  the decision of the guia (guide). The ceremony, on any particular day, may have a specific celebrational focus, healing requests or petitions from caminantes (those who walk the red road) participating in the ceremony. Common medicines include sage, sweet grass, copal resin, and Brazilian Pepper Tree leaves.


Once the abuelitas have settled into the ombligo and been anointed with the ceremonial medicines, the guide requests the closure of the door, leaving the temazcaleros in the warm darkness of the "matriz" (womb). From the darkness, the guide will generally request permission to initiate the ceremony. Osa Lety, of the Circulo de los Osos (Circle of the Bears), in Durango, Mexico would shout, in a powerful, feeling voice:

"To all the ancient ones of the sacred tradition!

We ask your permission to iniate our temazcal ceremony, ...

Thanks to Mother Earth!

Thanks to the guardian spirit of the south!


It's a powerful moment, and, from that moment, one feels the energy stir from within as the dry heat of the ancient ones radiates outward from the navel of the Madre Tierra, to her children, the temazcaleros. The guia then begins dousing the red-hot grandmothers (and, yes, many temazcaleros jokes and pun about them, in case you were wondering) with the sacred, purifying water.

The entire ceremony lasts somewhere between an hour and two hours. Some of those puertas, or doorway periods, can become "get-your-face-on-the-ground-and-pray" hot!

Hot Enough for You?

If this post gets you warmed up to learn a little bit more about the temazcal, subscribe to InTheTemazcal (above, to the right), and take a look at some of other posts. Also, we'd like to hear your questions, comments, and criticisms (below). We'll do our best to address them directly in the feed or in a new post.

Thanks to Kim Lopez-Gallagher, of New Mexico State University-Alamogordo, who came forth with a very simple, yet critical question that inspired this much-needed post.

February 28, 2017
The first time I heard the temazcaleros sing, "Tierra mi Cuerpo," in the Temazcal , I knew that I had heard the song long ago ... somewhere in my childhood. There, though, it bore a name from my native tongue, English. I later remembered that I had learned it as "The Element Song," also known as "The Element Chant." The harmony took me back to a circle around a campfire, and, as it drifted through my mind, I heard its echo from a classroom in the Midwest, ... maybe in Greenwood Elementary School . I know that I have heard a number of versions and interpretations by different artists, in several languages. The song, or chant, ... simple and direct ... verbalizes a very basic relationship between the temazcalero, the human participant in the temazcal ceremony, and the elements of the temazcal: earth, water, air, and fire. In the temazcal, or Mexican steam bath ,  recall, ... in its most basic form, the temazcalero sits on an earthen floor, exposed
2 comments
Read more